How to Become a Disney Product Manager 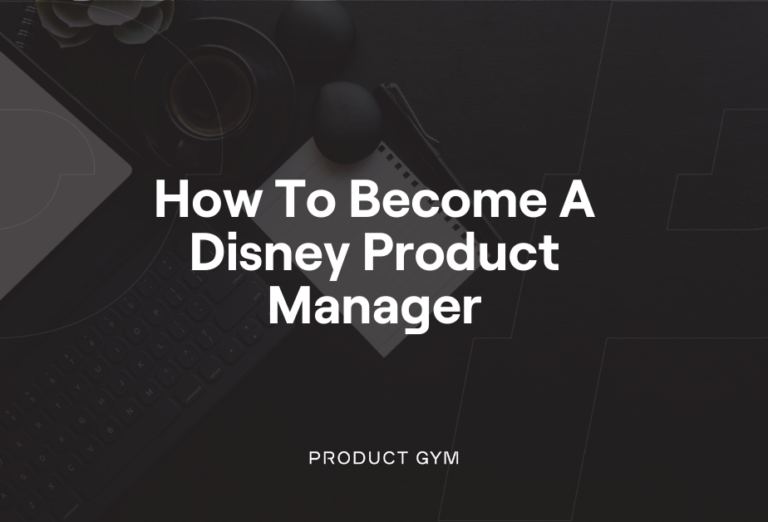 Disney is a true household name, and not just among families with young children. Their wildly popular films and entertainment franchises, including those released under their Lucasfilm, Pixar, ABC, and Marvel brands, are enjoyed around the globe. Millions visit their theme parks, including Disneyland in Florida and Disney World in California, each year, and/or purchase tickets on a Disney cruise.

As a Product Manager for the Walt Disney Company, you’d have a hand in building experiences that users may remember for a lifetime. Read on to learn how to become a Disney Product Manager.

The Walt Disney Company became famous as a creator of family-friendly animated films but has since expanded into a variety of entertainment channels, including broadcast television, streaming content, live-action movies, and in-person experiences such as cruises and theme parks.

Under the Disney “umbrella” are a number of well-known brands and properties, including ABC Studios, Marvel Entertainment, and the Star Wars franchise. In addition, the company has divisions for consumer products, online and in-person services, music, publishing, merchandising, and more.

The Walt Disney Company (originally called the Disney Brothers Cartoon Studio) got its start in 1923. Animator Walt Disney, who had moved from Kansas City to Hollywood to join his brother Roy, had secured a distributor for a series of “Alice Comedies” short films, which featured a real-life little girl interacting with cartoon characters. In 1927, Walt decided to pursue only all-animated series. A year later, he and his friend Ub Iwerks developed a new character: Mickey Mouse.

Steamboat Willie, an animated film which featured both Mickey Mouse and synchronized sound, was a smash hit. Soon after its release, Walt was approached by a man offering $300 to put Mickey Mouse on some pencil tablets. By 1930, Mickey was on everything from toothbrushes to radios. Thus began Disney’s merchandising business, which remains a key component of the company to this day.

Walt’s next goal was to make an animated feature film, which he achieved with the release of Snow White and the Seven Dwarfs in 1937. It was a massive success, becoming the highest-grossing film of the time. During World War II, Disney paused production, but the following decade saw rapid expansion into new areas. One was theme parks: Disneyland opened in California on July 17, 1955. Another was television. The iconic “Mickey Mouse Club” first aired that same year.

In 1964, Disney released Mary Poppins, which received widespread critical acclaim (including five Oscar wins) and was a huge success at the box office. Two years later, however, Walt Disney passed away. His brother Roy took control of the company and oversaw the competition of Disney World in Orlando, Florida, which opened in 1971.

While the ‘70s and ‘80s were marked by financial and creative struggles, Disney saw a massive resurgence in the 1990s. The decade saw the release of iconic animated films like The Little Mermaid, The Lion King, Aladdin, Beauty and the Beast, and the Toy Story franchise, created in collaboration with Pixar.

The early 2000s also saw a number of successes, including the live-action Pirates of the Caribbean franchise and the purchase of Marvel Entertainment for $4 billion in 2009. Since then, the Marvel Cinematic Universe (MCU) has become the highest-grossing franchise of all time. Disney also brought the Star Wars universe under their brand with their purchase of Lucasfilm in 2012, which made the company an even bigger box office powerhouse.

Today, Disney is headquartered in Burbank, California and is helmed by CEO Bob Chapek. The company employs more than 220,000 people and earns annual revenues in excess of $65 billion. Hundreds of thousands of people visit Disney theme parks each day.

Disney’s offerings fall into three categories: Disney Parks, Experiences and Products, Disney Media & Entertainment Distribution, and Content Groups. The first category includes Disneyland and Disney World, the Disney Cruise Line, ShopDisney.com and the Disney Store. The second is made up of Disney’s streaming services, including Hulu, Disney+, and ESPN+, as well as the company’s various international business units.

Disney’s corporate culture is centered around creativity and storytelling. Their overall mission is “to entertain, inform and inspire people around the globe through the power of unparalleled storytelling, reflecting the iconic brands, creative minds and innovative technologies that make ours the world’s premier entertainment company.”

The company is also committed to inclusivity and representation across its media properties, and is working toward sharing more diverse stories through its many entertainment channels. Social responsibility is another major component of Disney’s corporate culture, particularly surrounding initiatives that help children. In 2020, the company contributed $331M to charity, and Disney employees donated more than 321,000 hours to volunteer work.

Walt Disney product management involves working with a wide range of stakeholders, including designers, engineers, data scientists, and operations team members. The culture is one of collaboration, teamwork, and shared initiatives.

How to Get a Product Manager Job at Disney

At Product Gym, we apply a simple four-step framework to landing the Product Manager job you’re looking for. With this structure and the support of the PG community, both aspiring and veteran PMs have increased the number of calls they receive for interviews. The process also leads to more of those interviews being converted into offers.

Here’s how the magic works:

From the best techniques for writing a cover letter to building an attractive Product Manager resume, the first step is to boost your credibility and professional branding. To get the offer from Disney, you’ll need:

At Product Gym, we provide branding workshops, resume reviews, and the tools you need to take your professional branding to the next level.

Product Gym members apply for 20+ Product Manager jobs weekly, and often average 9+ interviews in any given week. But how’s that going to help you get the job at Disney? Simple: by perfecting your application strategy and interview approach through practice and experience, you’ll build the confidence and expertise you need to wow the recruiter and interviewers at your dream company when the time comes.

Of course, our tried and tested application framework is paired with tools, tips, and interview support that all come together to form a job-hunting strategy that really works.

Once you’ve lined up your interviews, it’s time to zero in on converting those round ones into round twos, and so on, all the way to the Disney Product Manager job offer. It’s no secret that we focus on the Product Manager interview process here at Product Gym: we’re there to help our members learn how to ace every step and every question — including behavioral questions, technical questions, case studies, salary negotiation, and more.

When should you start building your product management skillset? Before you apply? When you’re on the job? Honestly, transitioning into product management can be a long journey. We encourage Product Managers (whether you’re a first-timer or an industry vet) to start learning at the beginning and continue on past the finish line.

You likely already have skills that translate well into a Product Manager role: keep sharpening them, and find the gaps where you can learn, grow, and practice new skills to become a better Product Manager every day.

We want to make sure our members show up skilled and prepared for their interviews and their first day on the job, which is why we offer 20+ technical and business courses taught by industry experts.

What Does a Typical Disney Product Manager Job Posting Look Like?

The typical Disney Product Manager job posting starts off with a “Job Summary” section, which outlines the specific areas of the company the candidate would be working with. It also describes the basics of the role and how it fits into the larger product picture. In addition, this section may include some information on specific projects/company initiatives the candidate would take part in.

Next comes a “responsibilities” section, which lists the key tasks that the role entails. After that is a section on basic qualifications that applicants should have. Generally, product management roles at Disney require three to five years of Product Manager experience. Disney Product Managers are also expected to possess the following:

Next comes an “About” section, which describes the business unit the role falls under; for example, Disney Studios, Disney Streaming, Disney Media & Entertainment Distribution

How Do You Get an Interview at Disney?

Start by browsing Disney’s current job openings to find the job(s) that best fit your qualifications, skills, expertise, salary requirements, experience, and career goals. Once you’ve found one (or more) that seems promising, it’s time to create a fantastic application — starting with a strong resume.

The Disney Hiring Manager will typically look at your resume first. Be sure to highlight your relevant job experience and your Product Manager skill set, along with any qualifications involving the specific responsibilities and tasks listed in the job description. If you can demonstrate previous quantitative results around those parts of the role, definitely do so.

Before crafting your resume, check out our free webinar on resume writing. We’ll walk you through the process of building a resume that you can use for a range of Product Manager roles.

It’s time to send in your application. But don’t stop there — if you know any employees at Disney, ask if they’d be willing to give you a referral. According to Glassdoor, 7% of interviewees got their foot in the door through an employee referral. Also, our step-by-step recruiter networking methodology can help you secure that all-important first interview.

What Is the Interview Process and Timeline?

The hiring process at Disney generally follows these steps:

The process typically takes between one and three weeks from end-to-end. According to Glassdoor, 72% of interviewees had a positive experience. Candidates rated the average difficulty as 2.7 out of 5.

How to Win the Introductory Round With the Hiring Manager

During your first interview, you’ll want to prove to the Hiring Manager that you’re more than qualified enough to succeed in the position. While this round focuses more on behavioral questions, you should be ready to share some basic information about how you approach product management-specific challenges and responsibilities. According to Glassdoor, you should also be ready to answer the following:

If you impress the Hiring Manager, you’ll move on to the technical and behavioral round with team members and stakeholders.

According to Glassdoor, this round includes five 45-minute interviews with various individuals: an engineer, a designer, a data scientist, and two Product Managers. During these conversations, you should be prepared to answer the following:

After this round, the hiring decision is in the hands of the Disney team. Good luck!

How Did COVID-19 Change Hiring at Disney?

The COVID-19 pandemic caused massive changes for Disney. For one, their various theme parks and their cruise line had to close due to stay-at-home orders. As a result, the company laid off 28,000 of its parks and customer service employees in September of 2020. And like most companies, Disney switched to an entirely virtual interviewing and hiring process during the crisis.

However, despite the many negative effects of the pandemic on their core businesses, Disney is still hiring. Currently, the company has more than 2,000 open positions, including several on the product team. As of this writing, all office-based employees are working from home indefinitely

Want to learn more about winning the Disney Product Manager interview or about getting hired at a well-known company? Our career coaches are now offering free sessions: schedule yours today. We’d be glad to answer any of your questions.

Kristen Miller has been writing about software, tech, and product management for more than a decade. Most recently, she was the managing editor of Pendo’s ProductCraft.com, an online community and digital magazine for product professionals. Her interests include B2B SaaS innovation, high-growth startups, and helping PMs grow their careers. She lives in Raleigh, NC with her husband and two children.
Share on facebook
Share on twitter
Share on linkedin 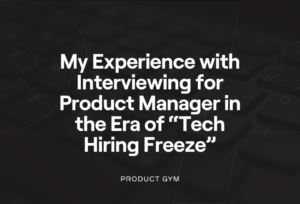 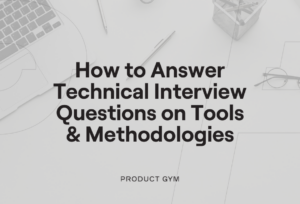 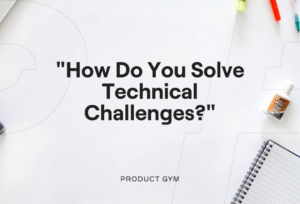 How to Answer the “How Do You Solve Technical Challenges?” Product Manager Interview Question 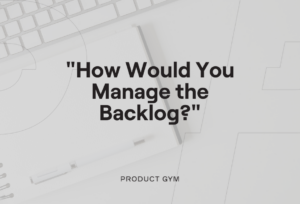 “How Would You Manage the Backlog?”: How to Answer Product Manager Technical Interview Questions